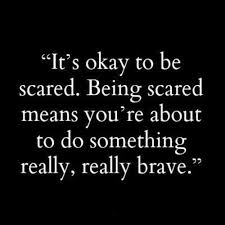 Fear is something that every one faces, so I’d like to share a story with you that may help you accept it.  I found this entry in my journal.  It’s not dated but I know exactly when I wrote it. It was six months ago and I remember the fear like it was yesterday.

What better time to write about fear than when I am smack dab in the middle of it? My vision is blurred because I can’t see without my contacts or glasses.  Not really, it’s because I have ointment in my eyes. I am two days out of a surgery that should have been a couple stitches and a small skin graph. Instead, I can’t see, I’m in pain and the right side of my face is swollen with god knows how many stitches; from my eye to the bottom of my nose. The worst-case scenario they gave me four weeks ago is my reality right now.

My family was here for me with hugs, flowers and meals. I am so lucky to have them. The surgeon did an amazing job. But still, tears creep in every now and then for whatever reason. I’m exhausted by the end of the day so I start getting ready for bed. I take the pain medicine I was so reluctant to fill, heat up the heating pads my sister gave me to relax the tension in my neck and prepare an icepack that will numb the pulling of my stitches. I reach for my phone one last time before going to sleep. My sister-in-law writes, “How was your day Patti?” I begin to cry again and answer, “It was a rollercoaster, but tomorrow will be better.” I lay down with all my tools of comfort and cry. Why? I don’t know. I can’t stop, I just cry. Trying to be positive, I rationalize; they took out the cancer and did such a great job on my face, my family is so amazing and supportive. I should be grateful, but I am sad. I’m scared and I can’t stop the tears.

I’m scared. Not knowing what tomorrow will bring is lets my mind run wild. Fear… the unknown. How do you trust what’s ahead? I flashback to my doctor giving me the prescription. He said, “It’s better to have it just in case you need it”. I said, “I’m fine” and he said, “you’re not right now”. I snapped back, “I’m just crying… there’s nothing wrong with crying.” I don’t know if I was trying to convince him or me.

Now I realize I was right. It’s okay to cry, to be scared and to fear what is ahead. We fear change of something that we don’t know, until we do know it. Everyone is faced with fear. It’s a  “normal” reaction in times of heart break, loss and the unknown. It’s okay to cry. Go ahead and  release the stress of it. Tomorrow is another day. Tomorrow will be better. There’s nothing wrong with you … you’re normal and every moment of fear you take a step toward courage. These are the moments you develop strength, resilience and hope. Let it happen.

Life Can Be Discouraging

I can remember walking around in the darkness of my own life. I had no idea who I was and was searching for something, but had no idea what I was looking for. During these years, I was lost. As I stated in my book, Power Within Her, I was “feeling alone in a house full of people”. There were so may times when I felt helpless and unsure of what tomorrow would bring. For a long time, it seemed  it would never get better. I would just keep going through the same thing, day in and day out. I was fortunate to have four children that depended on me. It forced me to keep going.  I have many stories of woe is me but instead, I will tell you that every day brought me closer into the light. I had to trust it would get better.

The Light At The End Of The Tunnel

Thinking back to the time when I had three babies in diapers, it makes me laugh. It seemed like I was changing diapers nonstop, around the clock and that it was never going to end. My second son who was more than two years old was finally potty trained (yahoo) and my third son followed very quickly after that. When it was only my daughter left in diapers and I remember saying to my sister, “I can finally see the light at the end of the diaper tunnel.”

I tell you this story because it’s the same with any challenging period in our lives. Our struggle or lack of knowing creates a feeling of never ending darkness. We can’t see the light at the end of the tunnel, so we are afraid to take the next step and we just stand still. These are the times when it is up to us to turn on the light, even if we have to create that light ourselves. Yes, it is hard but it is harder staying were we are with no chance of light coming in. At least if we keep going forward, we have a change of brighter days. They will be brighter!

How To Turn The Light On

We will continue to use our journals to explore who we are. This week we will be focusing on the life we would like to be living. If you could have the perfect life, what would you have? Who would be there with you? Think of what smells would you be smelling? The sounds would you be hearing? How would you be feeling? This is your opportunity to turn the light on to all of your dreams. Make it as detailed as possible. What are your relationships like? What do you do. How do you feel? Include the smell of the air, the taste of the wine, or warmth of the coffee. Let your imagination run wild. If you had all the time, money and ability what would that look like to you?   ~ Together we share, learn and grow ~ 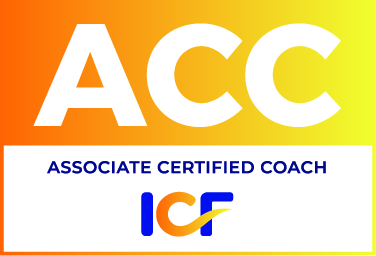